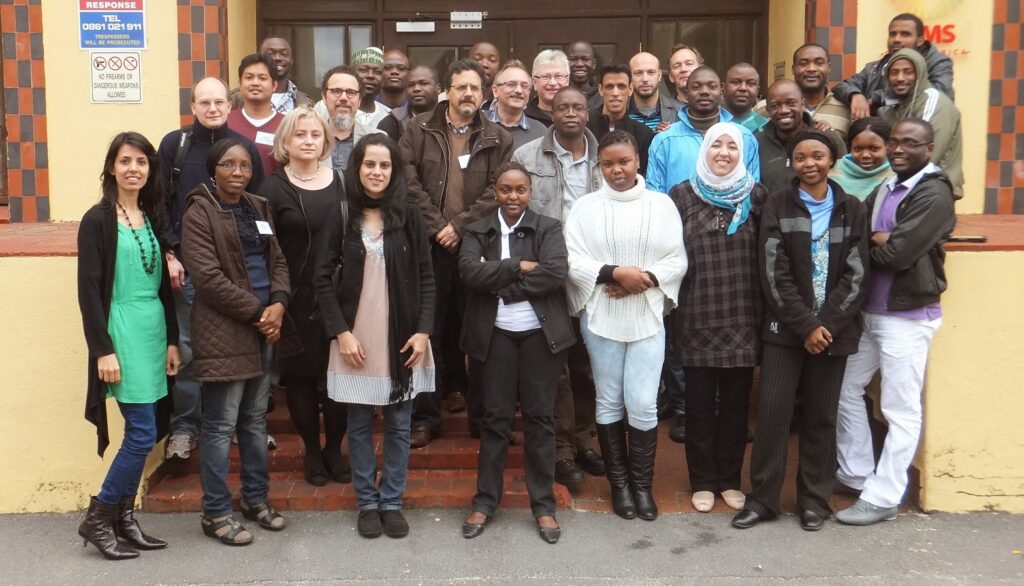 The School is to take place at the African Institute of Mathematical Sciences (which recently signed the MOU with CIMPA) and will be a part of initiatives of the Mathematics for the Planet Earth year.

As the demand for accuracy of modelling phenomena occurring in the natural environment increases, so is the need for development of sophisticated mathematical techniques to analyse them. In particular, realistic models must be time dependent which naturally leads to evolutionary equations which balance changes in time with processes occurring in the state space which are modelled by partial, integral or integro-differential equations. Particular examples of such models are given by reaction-diffusion equations, transport equations coupled with Boltzmann type models or fragmentation-coagulation type equations. A common feature of these models is that they can be cast out in the form of ordinary differential equations posed in appropriate abstract state spaces and can be analysed within the framework of the theory of operator semigroups or infinite dimensional dynamical systems. The School is supposed to cover both theoretical background such as the functional analytic techniques (Sobolev spaces, elliptic PDEs, linear and nonlinear semigroups, time asymptotics and multiple scale phenomena) with applications to concrete models such as structured population models, reaction-diffusion equations with applications to ecological modelling, kinetic models such as fragmentation-coagulation equations or nonlocal epidemiological models, and transport and diffusion in networks. We also plan to partly cover approximate and numerical aspects of analysis of the models.