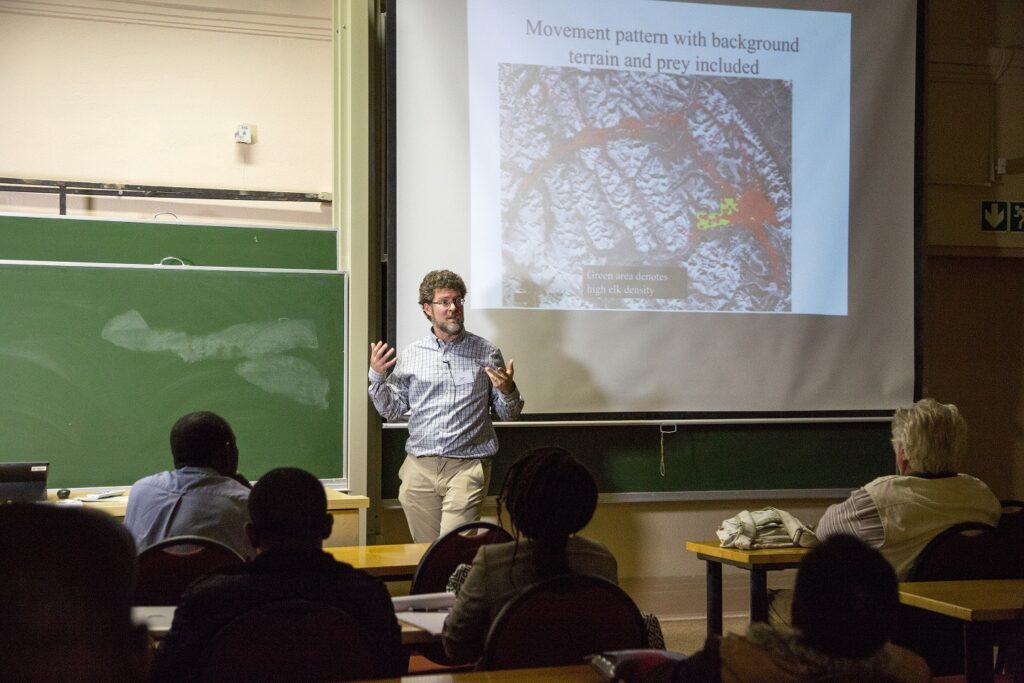 “How to Understand Territories with Mathematics” 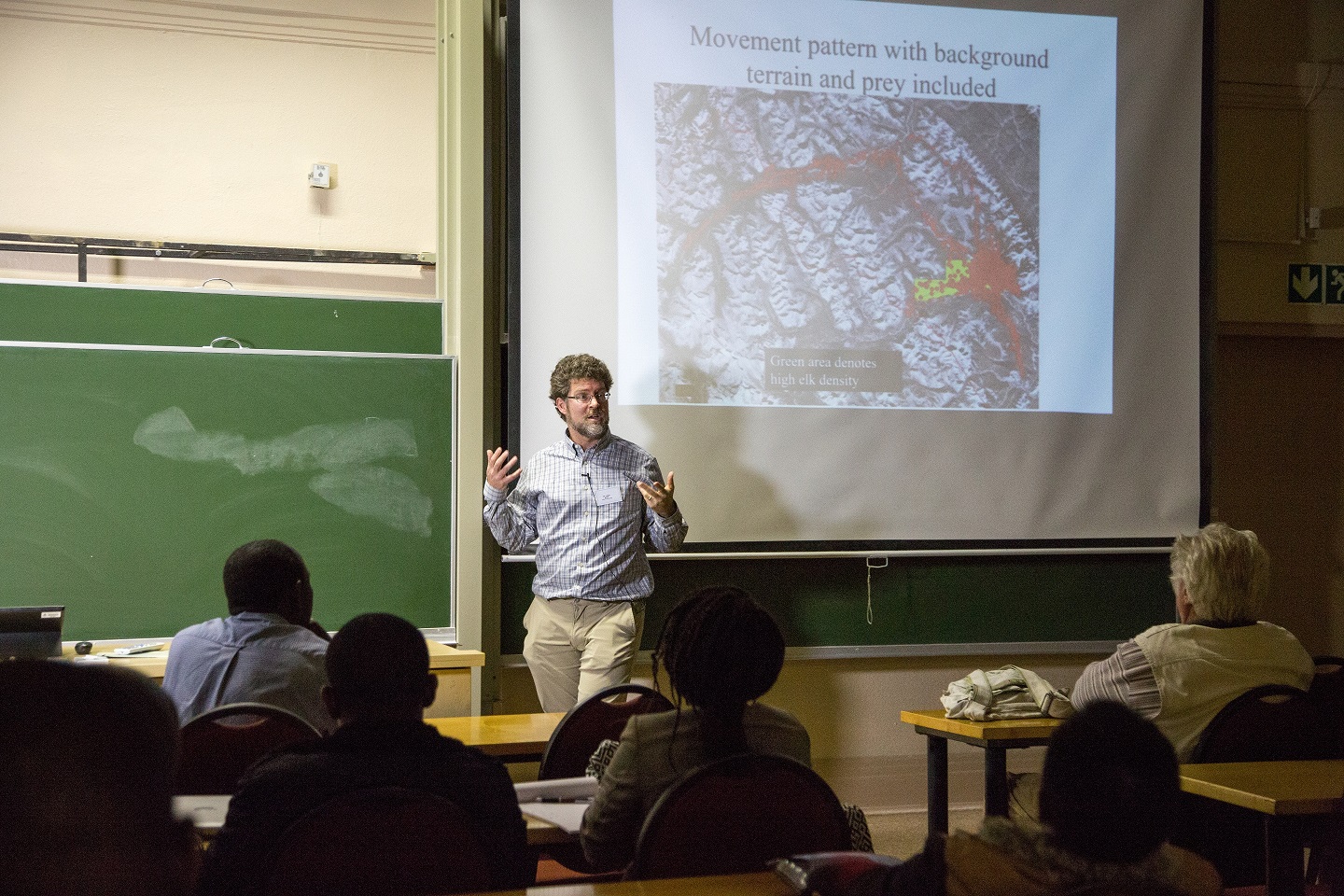 “How to Understand Territories with Mathematics”

Abstract: The world around us is full of territories. Organisms from human beings to wolves have found ways to signal which regions in space they lay claim to. Have you ever wondered how territories are formed and maintained? It turns out that mathematical models have a role to play. They can be used to show how behavioural rules for individuals at a local scale can give rise to territorial pattern formation at a larger scale. In this talk I will start by focusing on role that scent marks can play in giving rise to complex territorial patterns in wolves and coyotes. These include stable ‘buffer zones’, found between territories, which reduce hostile interactions and act as refuges for prey species such as deer. The mathematical work is supported by detailed radio-tracking studies of animals. I will also use game theory to show that if each pack is trying to maximize their fitness, the buffer zones can arise spontaneously as stable entities. Finally I will show how a version of the territorial model has been applied to human populations in understanding spatial patterns arising from conflict between urban gangs.